A Member of the European association of Ships in bottles. https://www.shipinbottlemakers.com/
https://www.facebook.com/groups/2094065110907806/ Just finished the Mirage fighter jet in a bottle and now doing an F15A card model.

SELECT a MODEL below and SCROLL DOWN to view it's diary . Click on any picture in the diary and a slideshow will open up.
BEST VIEWED on a COMPUTER SCREEN.

TITANIC in a bottle

As usual, after building a model ship, I decided to duplicate it in a bottle.
I was given a 5 litre whiskey bottle (sadly, empty!) and this enabled me to build a fairly large size bottleship, allowing me to show a lot of detail.
The plans from the 1:250 model (1070mm) were scaled down to fit the bottle and this resulted in a hull length of 310mm, a scale of 1:868.
Using 2mm and 2.5mm OD brass tube, male and female pegs and sockets were made to join the hull pieces together. The hull was constructed in four halves, and joined together with these brass pegs.

The hull pieces were then sprayed black and red.
Using MS Paint, black strips 2mm wide were drawn and portholes (round dots 1.5mm) were placed at intervals along the lines. These were then printed on 160gm card.

The paint was scraped off the upper hull pieces along the raised sections and these card strips cut out and glued on with white glue (PVA). When dry, they were over-coated with more white glue.

After a couple of days, all four hull sections were sprayed with a coat of clear lacquer.

The bow and stern decks were now made and fitted. 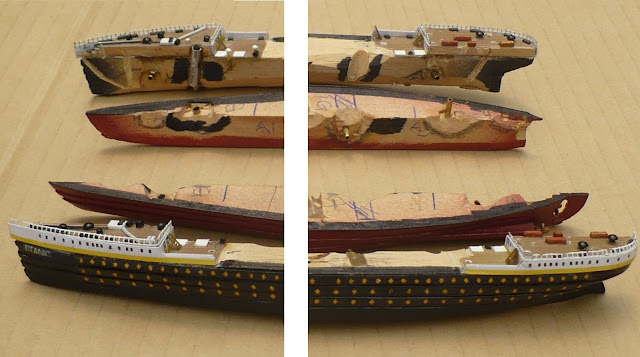 The bow and stern deck fittings and cranes were made, to be fitted after bottling.

The upper decks and boat deck were made as one unit from a piece of Jelutong. This was carved at the bow and stern ends to form the separate deck levels. The sides and decks were from printed card glued on with PVA glue. The unit was then cut into two pieces from bow to stern.

Lifeboats were then glued onto the boat deck.

The funnel mountings and boat deck housings were then made from Jelutong.
The railings were made from plastic fly screen, painted white.

The cabin and deck sides were made from printed card designed with Microsoft Paint. They were then glued on top of the lower halves of the flyscreen.

All ventilators and winches were then fitted to the boat deck and deck housings.

The lifeboat davits were made and painted. The deck pieces would not fit through the bottle neck if they were fitted now so they will be fitted after the deck is bottled and in place.

The funnels were made next.

The masts were now made. The mast rigging is attached to the deck pieces and goes over locating pins on the masts, which will be fitted into locating tubes in the deck after bottling. The rigging will then be pulled up, glued to the masts and trimmed. 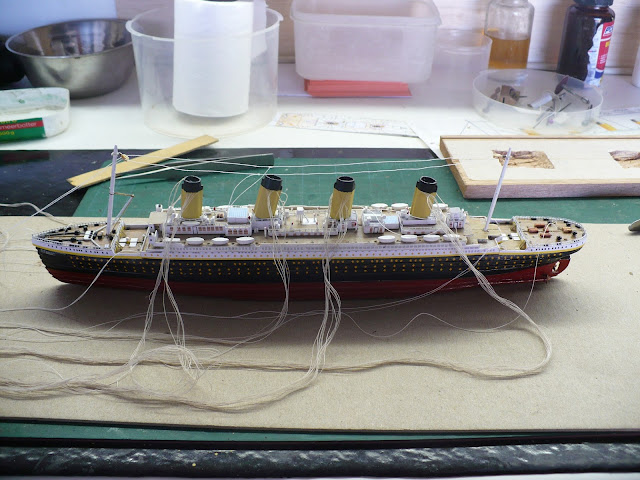 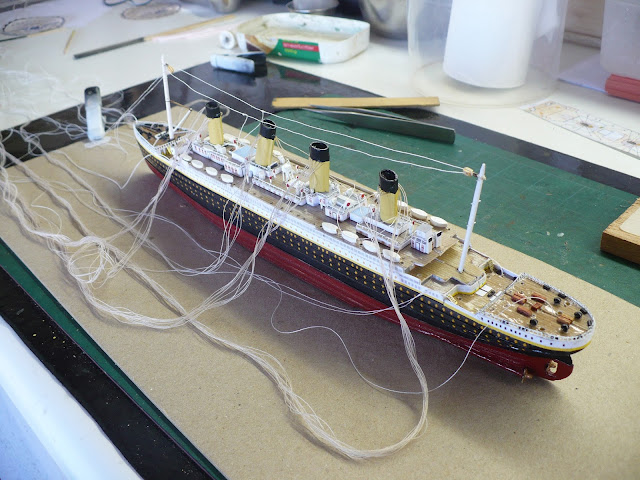 The stand for the boat is made and the pieces are inserted and joined together and then glued to the inside base of the bottle.

The boat is now ready to be bottled. 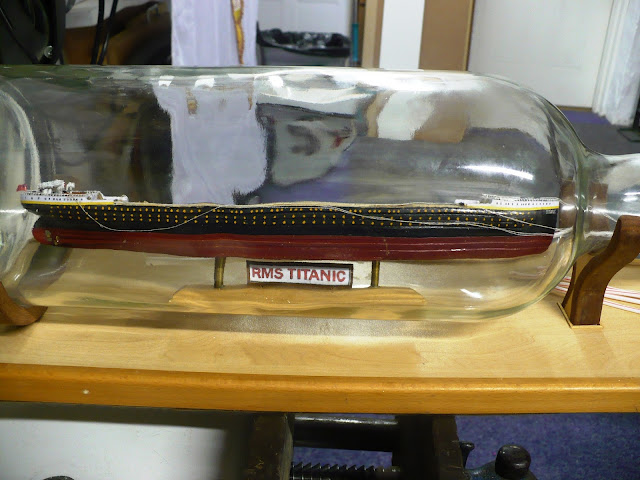 The rear Deck Bridge and ventilators are now inserted and glued into place. 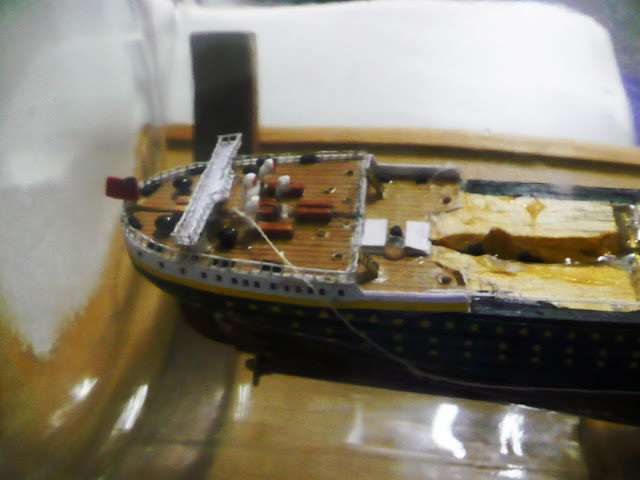 The boat deck pieces are inserted and glued together. When dry, this deck is glued onto the hull. 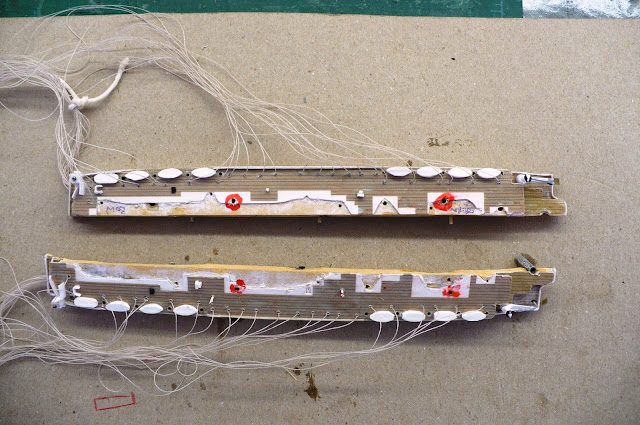 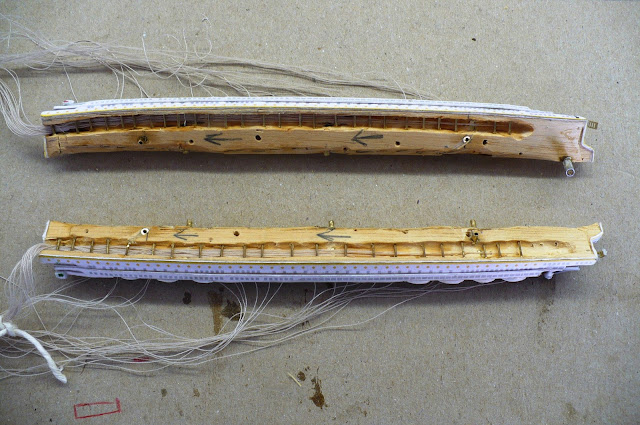 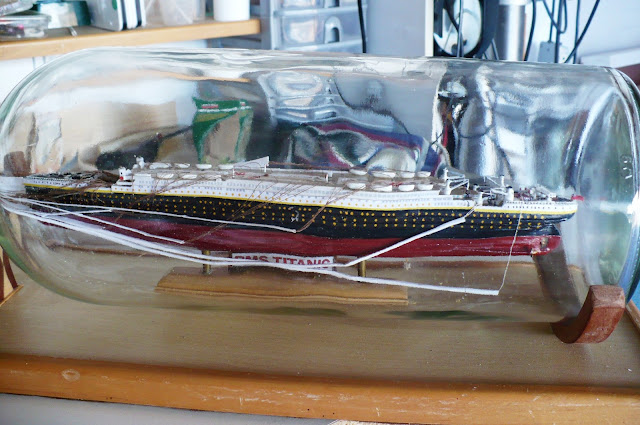 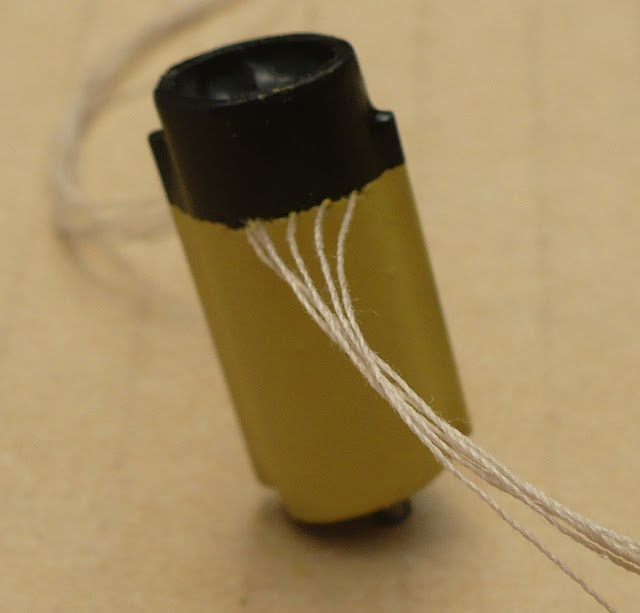 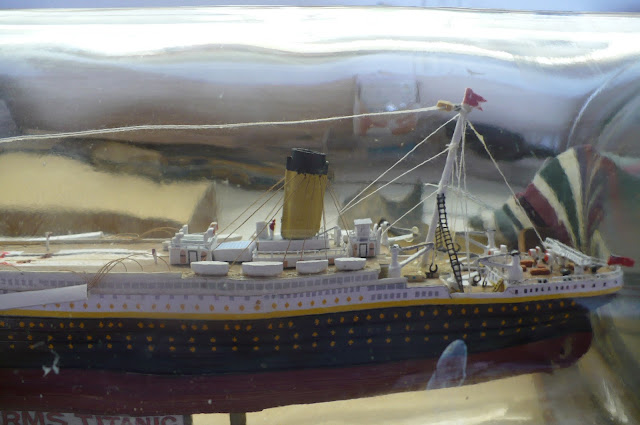 The rear lifeboat davits were now glued into place. 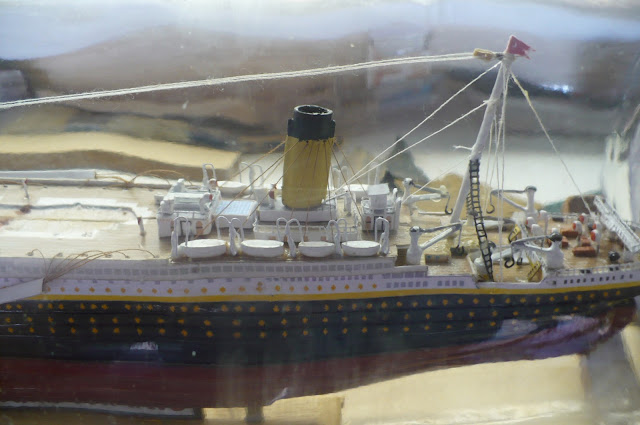 The middle funnels were now completed the same as the rear funnel and glued into place.
Finally, the front funnel and davits were fitted. 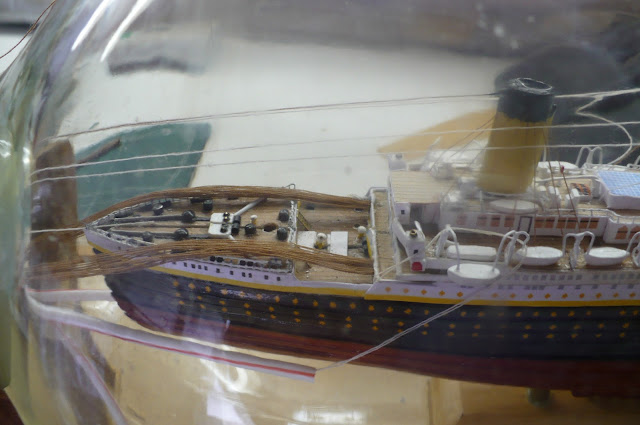 The threads were now cut. 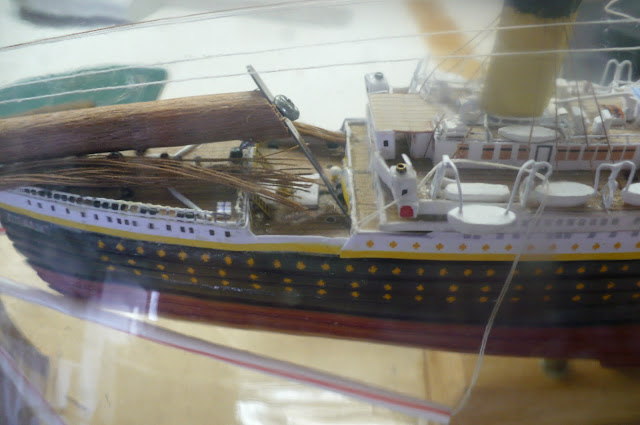 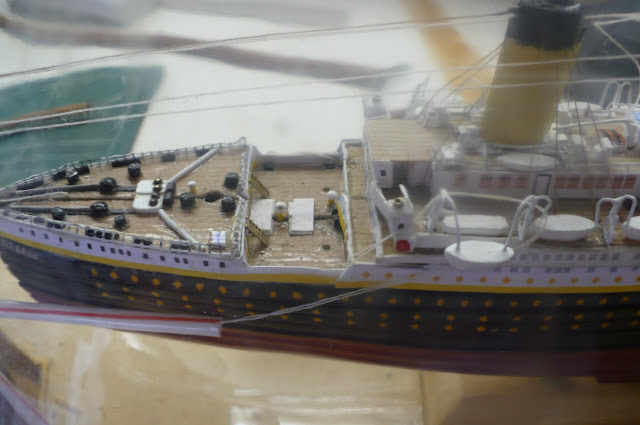 The holes where the threads came out were now covered with printed pieces of card and the forward cranes fitted. 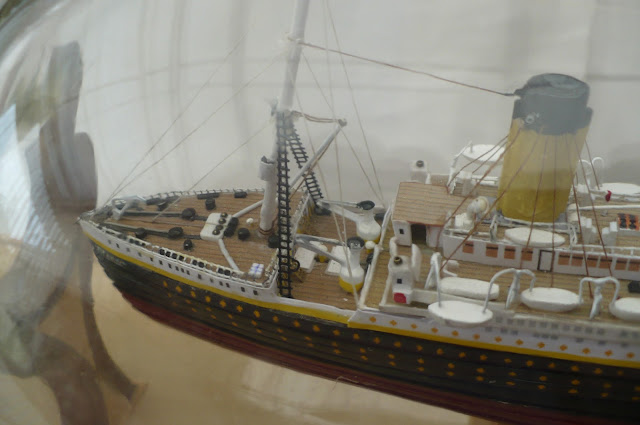 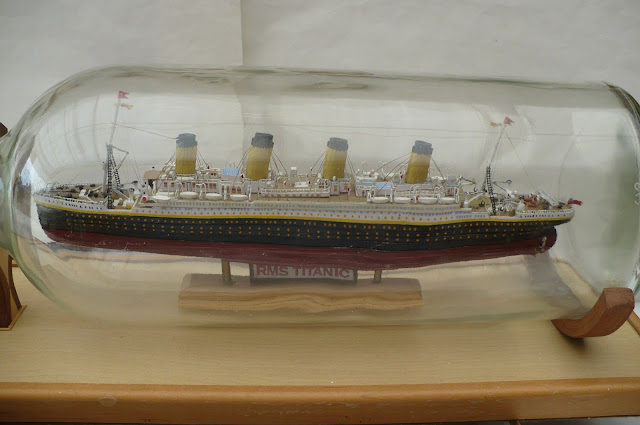 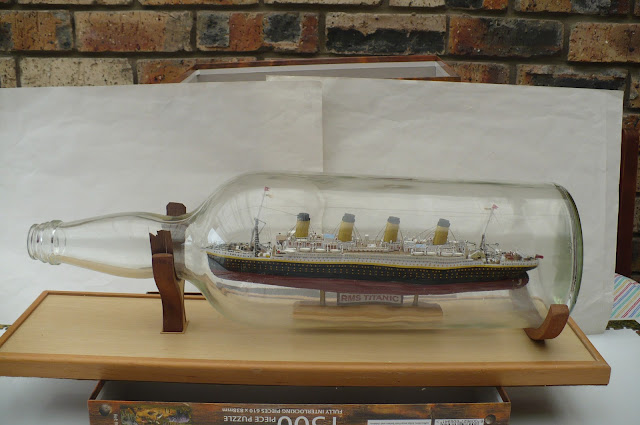 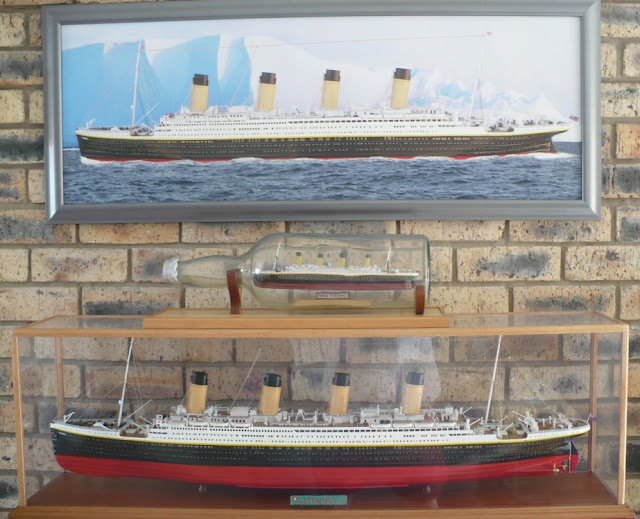